"We Wish You a Merry Christmas..." and Figgy Pudding without Mycotoxin Fear!

Christmas time is here, which means it’s time for holiday favorites such as hot cocoa, candy canes, gingerbread cookies, and eggnog. Christmas music is playing almost everywhere you go. If you’ve heard the song “We Wish You a Merry Christmas” this season, then maybe you’ve thought about another holiday dish which is referenced in the song: Figgy Pudding. Whether you actually serve Figgy Pudding as a dish at your Christmas celebration or you’ve just heard about it in the popular song, it’s worth taking a closer look at the ingredients that make up this traditional holiday dessert.

Surprisingly, traditional Figgy Pudding does not actually contain figs. It is also referred to as Christmas Pudding or Plum Pudding, although oddly enough it does not contain plums either. It Is not pudding in the American sense, but it is referred to as pudding in the British sense, simply meaning dessert. You might be wondering: what does Figgy Pudding have to do with mycotoxins? Well, since traditional Figgy Pudding does not contain figs, mycotoxin-contaminated figs are not a concern for the dish, even though figs do have something to do with mycotoxins. Figs, just like other fruits and vegetables, can be infected by molds. Some of these molds are mycotoxin-producing. Studies have been performed on figs that contained “fig smut,” which can cause the presence of aflatoxin, ochratoxin, patulin, and other mycotoxins. This is a problem for the fig industry. The production of dried figs makes them susceptible to mycotoxin contamination. Since the fruit ripens and is sun-dried for days, this allows for infection potential.

Raisins and Currants: Ochratoxin A

Knowing that several ingredients that make up a traditional Figgy Pudding recipe have the potential to be contaminated with mycotoxins, it is clear that analytical testing for these compounds is important. At Trilogy, we have the capability to test for all of the mycotoxins mentioned above and are proud to be a part of keeping your holidays food favorites safe. So enjoy the Figgy Pudding this holiday season, and Merry Christmas from Trilogy! 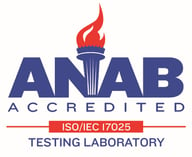